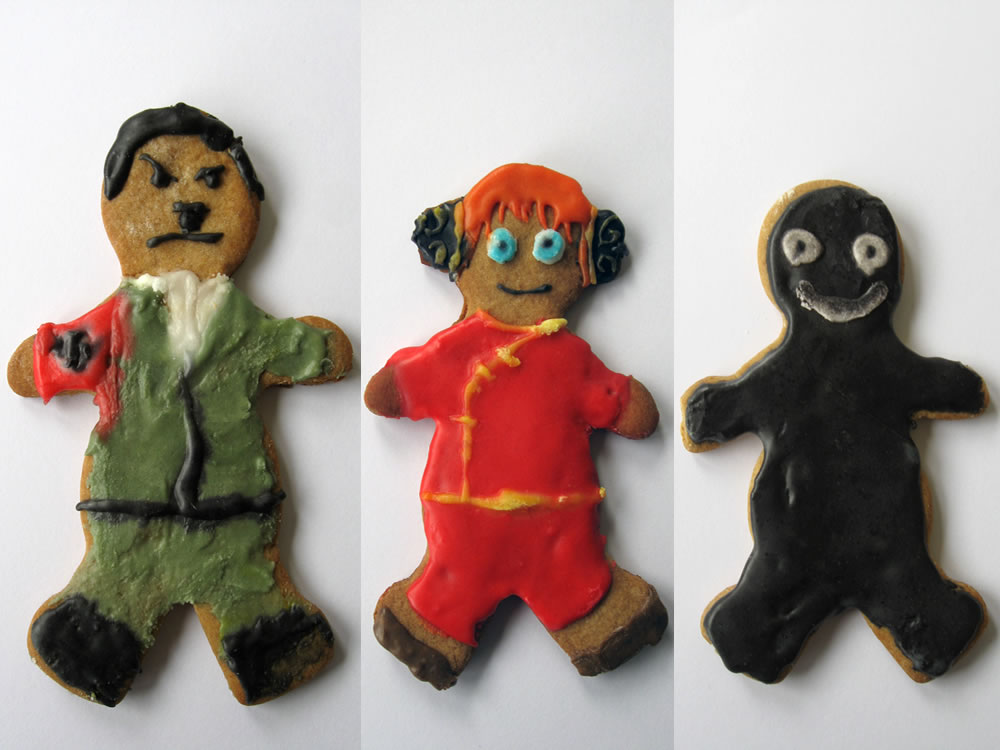 My children have been always creative and they enjoyed making Gingerbread Characters when they were young. To decorate the characters, they used chocolate chips, ‘Smarties’, lollies and icing. One day I made a character’s mouth (lips) using sliced red lolly snake, and that upset my son so badly. He removed those red lips from the character and never let me make red lips again. I still don’t know why, and he doesn’t remember it.

These three characters in the photo were made by my daughter many years ago. If you are offended by one of the characters, I sincerely apologise for it, but she did decorate them well, didn’t she?