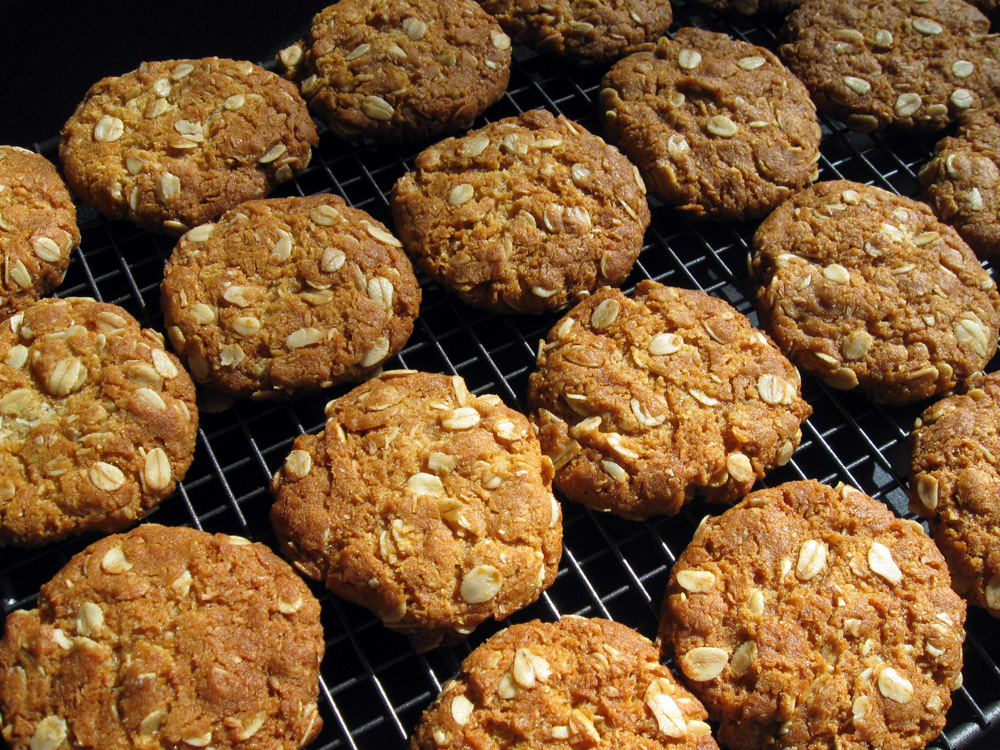 ‘ANZAC Biscuits’ have long been associated with the Australian and New Zealand Army Corps (ANZAC) established in World War I. ANZAC was first operated during the Gallipoli Campaign.

April 25 is ‘Anzac Day’ in Australia and New Zealand. It is a national day of remembrance that commemorates all Australians and New Zealanders who served and died in all wars, conflicts, and peacekeeping operations, but it was originally devised to honour the members of the ANZAC who served in Gallipoli.

These biscuits were sent by wives, mothers and women’s groups to soldiers because the ingredients do not spoil easily during the long transport. And they are delicious.