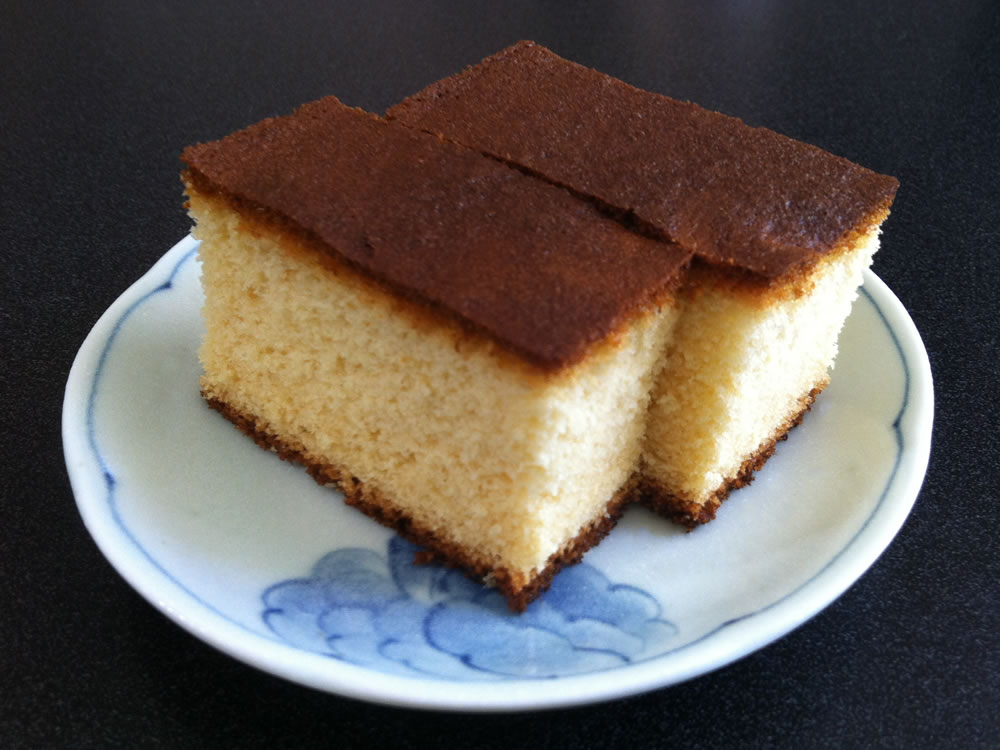 At the end of 16th century, Portuguese drifted to a southern island of Japan. After that event, western culture was introduced to Japan by mainly Portuguese and Spanish. I was taught that this Japanese sponge cake is called ‘Kasutera’ after ‘Castilla’ the name of a region in Spain. The origin of this cake might be in Spain or Portugal, this is a Japanese sweet. My mother used to make it using a thick pot as my family didn’t have the oven just like everyone else didn’t. This cake is served as it is with no cream or no sauce. The raw sugar on the bottom is optional. Some people don’t like the crunchy texture of it, but I like it.