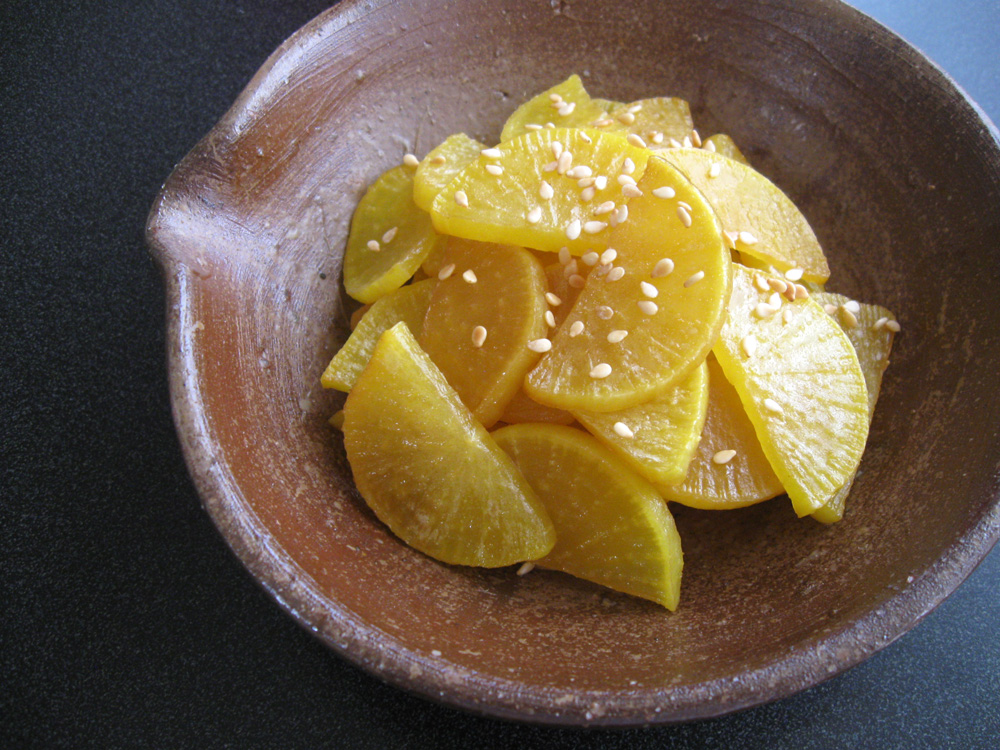 My mother used to pickle a lot of Daikon in a very large container every year. She shared her ‘Takuan’ (Pickled Daikon) with our neighbours. The ‘Takuan’ gradually turned sour due to the fermentation, and they eventually became too sour to enjoy. She used to stir-fry those super-sour ‘Takuan’ with Sesame Oil. Once our neighbours discovered the delicious stir-fried sour ‘Takuan’, they often came knock our door asking for the sour ‘Takuan’. Then my mother was more than happy to open the lid of the container, which smelled overwhelming. I miss her super-sour ‘Takuan’.