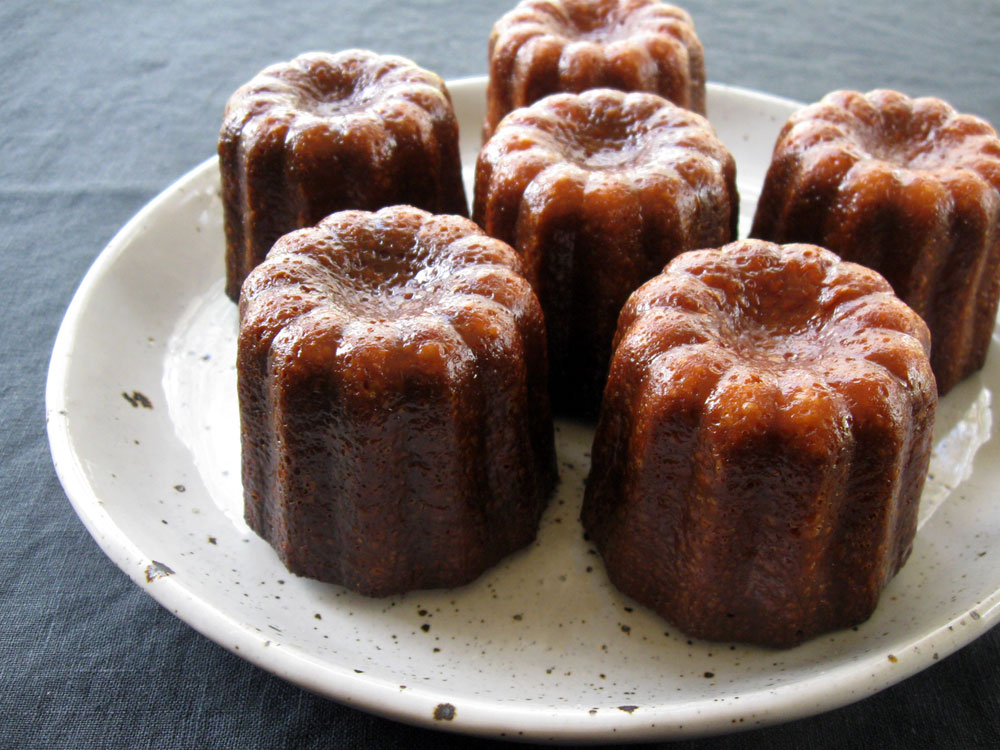 Canelé is a small French pastry and it is very popular in Japan, but I have never seen it in Australian until recently. The other day I saw Canelés at a small bakery in Melbourne. I bought one and it was delicious, but expensive. Just one small Canelé was $4.5. I decided to bake Canelés at home as it shouldn’t be too difficult. The reason why I have never tried to bake Canelés was because I didn’t have Canelé moulds. Traditional moulds are very expensive and they were too difficult to find in Australia.

The times have changed. The Canelé moulds are still difficult to find but many online stores are selling them now. And there are cheaper alternatives. I bought a Canelé baking pan with 6 moulds and I started baking Canelés at home.

Canelé is a simple pastry but it is not easy to bake perfectly. BUT, it doesn’t matter if home-made Canelés don’t look perfect. They always taste good. My recipe is very easy and it requires nothing special such as Beeswax. You can bake Canelés using round dessert moulds OR even muffin pan.

Please note. These Canelés are not over-baked. Canelés should have the dark caramelised thick crusty outside.