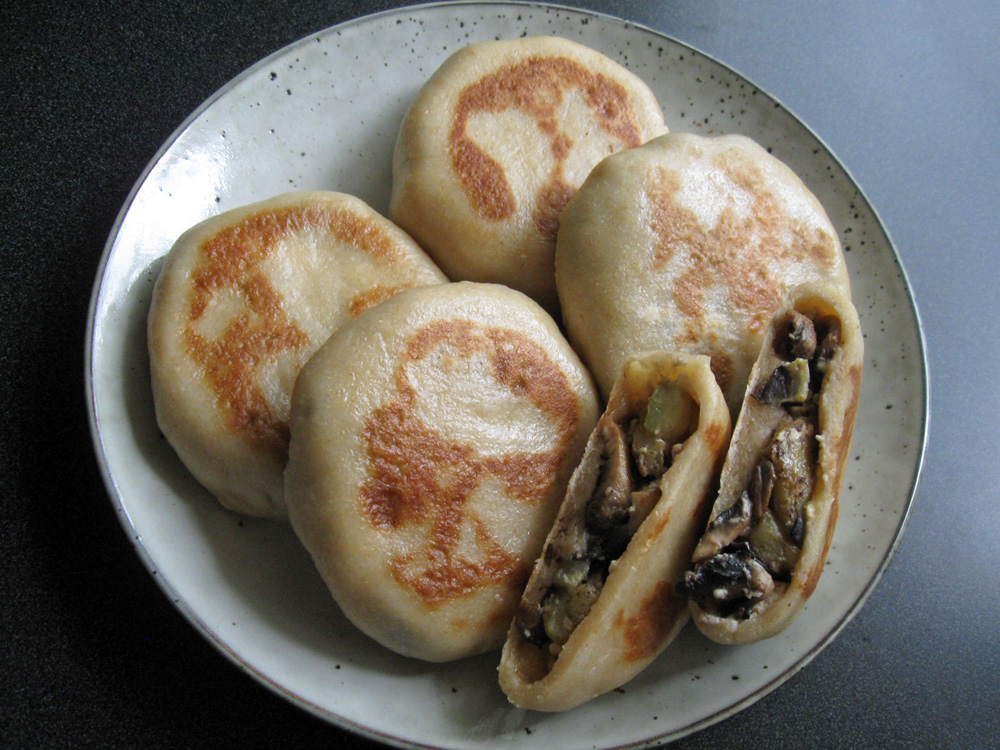 If you have travelled in Shinshu region Japan, you might have tasted the authentic ‘Oyaki’. ‘Oyaki’ is a sort of dumpling similar to ‘Gyoza’ made from wheat flour or buckwheat flour dough wrapped around a stuffing that is most commonly vegetables, then cooked on a pan. ‘Oyaki’ are particularly popular in Nagano Prefecture which is famous for the dish.
In Melbourne where I live, I make ‘Oyaki’ with the filling that I can make. This time, the filling is stir-fried Eggplant and Mushrooms mixed with Greek Fetta. You can wrap whatever you like. Cooking method is unique and it is just like cooking Gyoza. Be creative and enjoy making these delicious ‘Oyaki’.