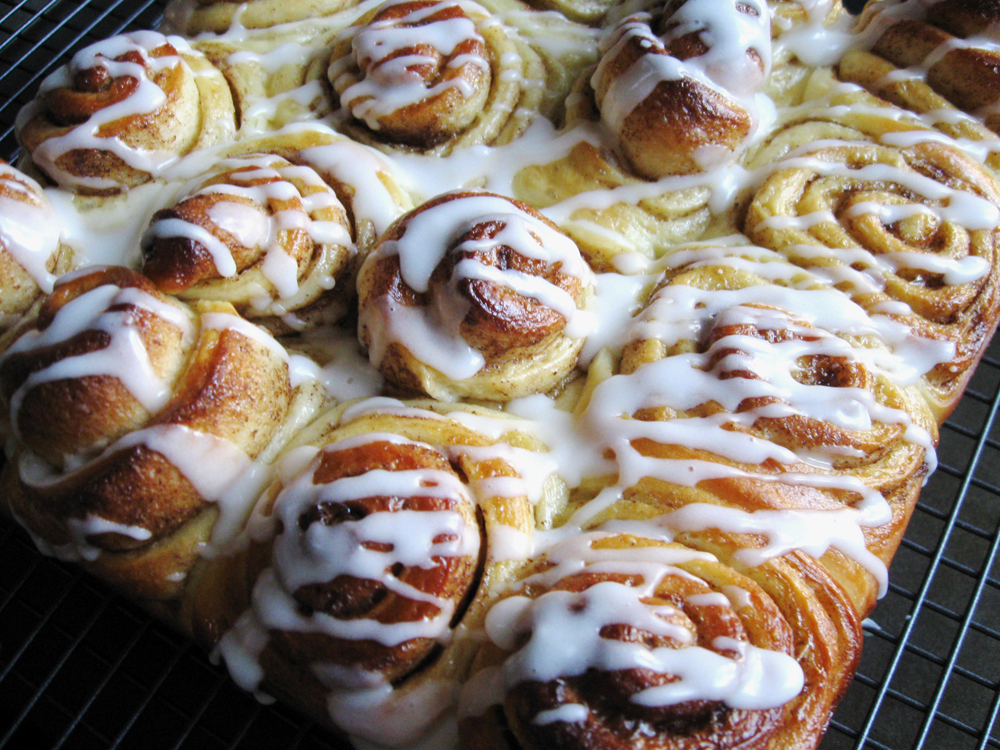 ‘Kamome Shokudō’ is a 2006 Japanese comedy film that is set in Helsinki, the capital city of Finland. It’s a story about a woman who sets up a small cafe serving Japanese-style food. Many delicious-looking foods appear on the film but the Finnish ‘Cinnamon Rolls’ holds the key to attracting the local customers.

I started baking ‘Cinnamon Rolls’ after watching this film just like many other people did. First I looked for the recipe that was actually used for the film. As I tend to use less butter and less sugar, and I want to avoid weighing the ingredients, the recipe has been changed. My ‘Cinnamon Rolls’ are shaped differently and easier to make.