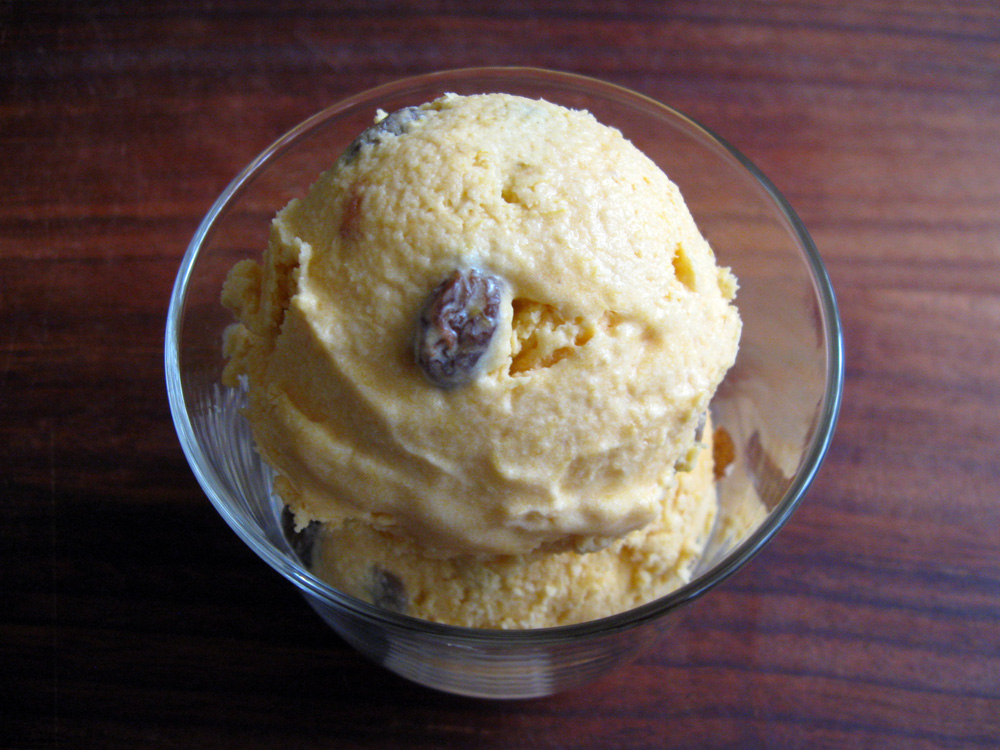 I have a super easy Ice Cream recipe ‘Azuki Ice Cream’. The ingredients are Tsubu-an (Sweet Azuki Paste) and Thickened Cream. I made this ‘Pumpkin Ice Cream’ in the same way. I first made sweet Pumpkin Paste and mixed it with whipped Cream. I wanted to add Rum rather than Vanilla, so I added Rum-steeped Sultana Raisins. Wow…